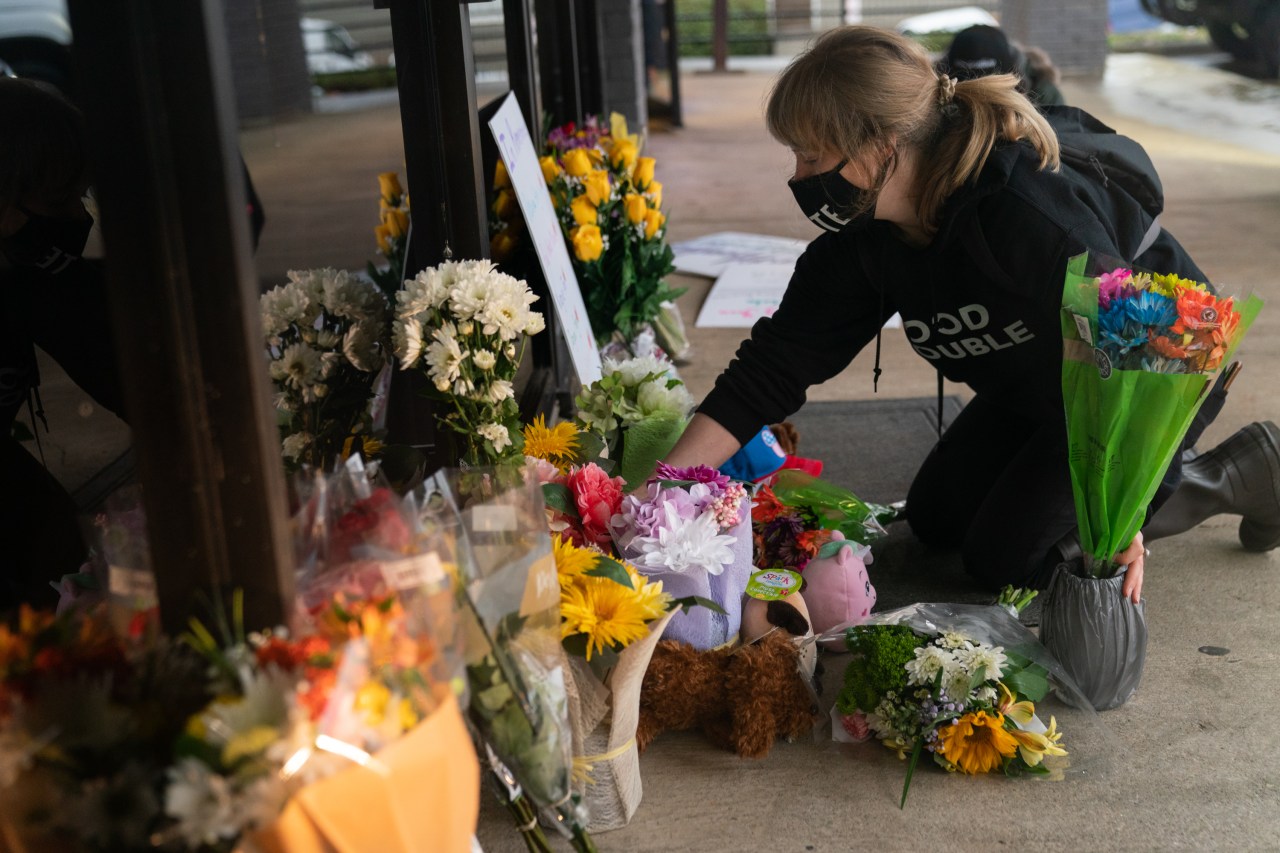 A man who survived the shooting that killed his wife last week at a massage shop in Atlanta said police held him in handcuffs for four hours after the attack.

Mario Gonzalez said he was held in a patrol car outside the spa. The reveal in an interview with Mundo Hispanico, a Spanish-language news website, follows another criticism of Cherokee County officials investigating the March 16 attack that killed four people. Four more were killed in two Atlanta spas about an hour later.

Gonzalez’s allegation would also mean he remained in detention after police released security video images of the alleged gunman and authorities captured him 150 miles south of Atlanta. He asked if his treatment by the authorities was due to his being Mexican.

The Cherokee County sheriff’s office did not immediately respond to an email requesting comment on Monday.

Robert Aaron Long, a 21-year-old white man, is charged with shooting five people, including Gonzalez’s wife, Delaina Ashley Yaun, at the first crime scene near Woodstock, about 50 kilometers north of Atlanta. One man was wounded. A total of seven of the victims killed were women, six of them of Asian origin.

The Cherokee Sheriff’s captain Jay Baker was dismissed as spokesman for the case after telling reporters the day after the shootings that Long had “a really bad day” and that “this is what he did”. A Facebook page that appears to belong to Baker advertised a t-shirt with racist language about China and the coronavirus last year.

Sheriff Frank Reynolds released a statement confirming that some of Baker’s comments sparked “a lot of debate and anger” and said the agency regretted any “heartbreak” caused by his words.

Gonzalez and Yaun, 33, had a babysitter for their young daughter and went to Young’s Asian Massage to relax. They were in separate rooms when the shooter opened fire.

Gonzalez heard the gunshots and was worried about his wife but was too scared to open the door, he told Mundo Hispanico in a video interview. The MPs arrived within minutes. Gonzalez said they handcuffed him and held him for about four hours, according to the website.

“They had me in the police car the whole time they were investigating who was responsible and who was doing it,” Gonzalez said in the video.

During the interview with Mundo Hispanico, Gonzalez revealed traces of handcuffs on his wrists. “I don’t know if it’s the law or if I’m Mexican. The simple truth is that they treated me badly, ”he said.

“It wasn’t until they finally confirmed that I was her husband that they told me she was dead,” he said. “I wanted to know earlier.”

Gonzalez, who was left alone to raise his daughter and his wife’s teenage son, said Sagittarius “took the most important thing in my life”.

“He deserves to die, just like the rest of them,” said Gonzalez.

Authorities said the Cherokee County shooting occurred around 5 p.m., and shortly after 6:30 p.m., the sheriff’s office posted stills on Facebook of a surveillance camera showing a suspect in the parking lot outside. Reynolds said Long’s family recognized him from these pictures and gave investigators his cell phone information, which they used to track him.

Crisp County Sheriff Billy Hancock said in a video posted on Facebook that evening that his MPs and state forces were informed around 8 p.m. that the suspect was on their way. MPs and soldiers lined up along the freeway and saw the black 2007 Hyundai Tucson around 8:30 p.m. A soldier performed a maneuver that caused the vehicle to spiral out of control and Long was taken into custody.

Tennessee, Georgia officers cut up alongside partisan traces over the Home...