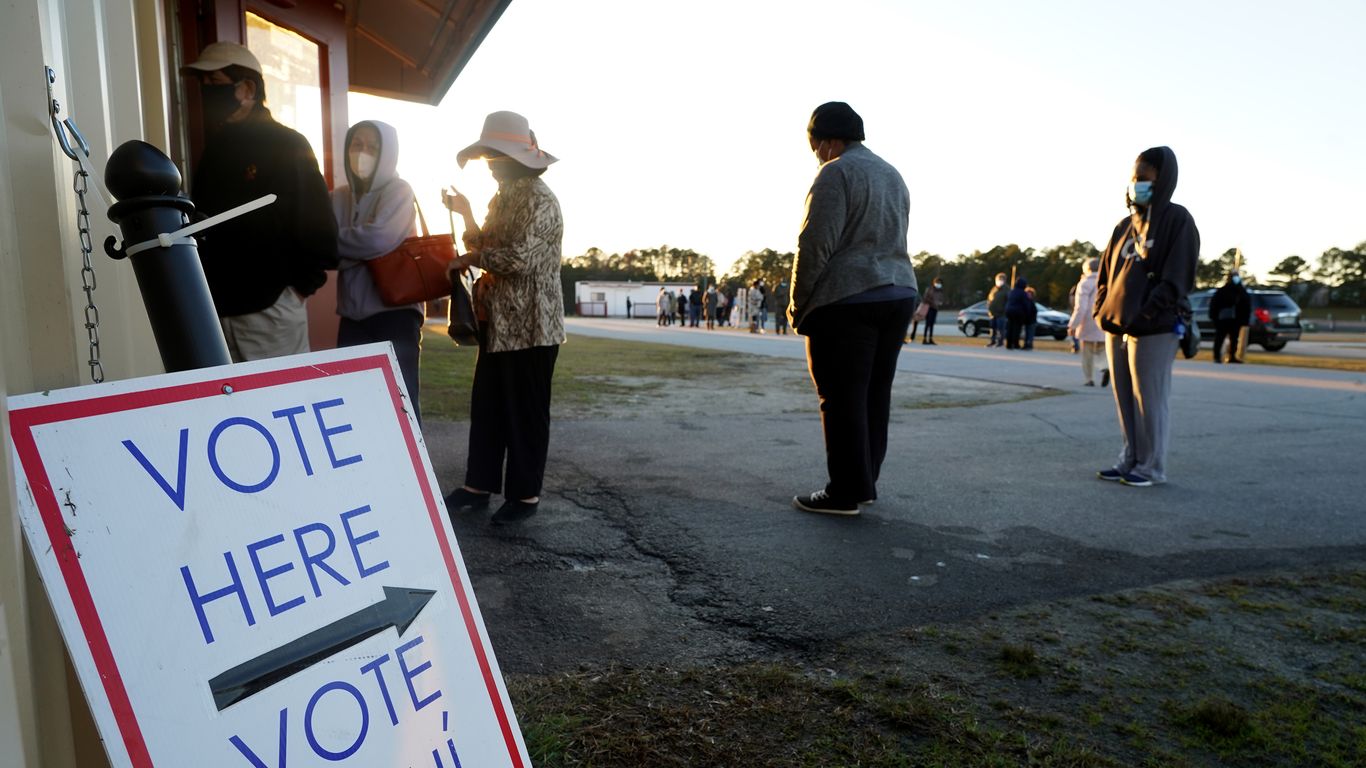 A judge this week declined to block an election law in Georgia that bans the serving of food and water to voters waiting in line for elections, the Associated Press reports.

The big picture: The new rule is part of SB 202, an electoral overhaul passed by Georgia lawmakers last year. Proponents argue that the reforms disproportionately burden voters of color and pro-democracy voters.

Why it matters: The new rule will remain in effect for November’s general election, which will be divided into two contests.

Details: The state argued that the new ban would protect against conditions in elections that could raise concerns about potential illegal campaigning or vote-buying.

But, but, but: Although U.S. District Judge JP Boulee sided with the state and said it was too close to the election to make changes, he said constituencies could ultimately win some of their challenge.

What you say: “Although Georgia’s cruel ban on online exonerations is in effect for now, we look forward to bringing our broader case against SB 202 to court, where we will prove many provisions of the legislation violate federal statutes and the Constitution,” the ACLU of Georgia said Voting rights attorney Rahul Garabadu, per AP.

go deeper: Breakdown of all election lawsuits in Georgia

The DHS arrests 13 foreigners who labored on the Georgia battery...

What’s a runoff and the way will the 2 races in...