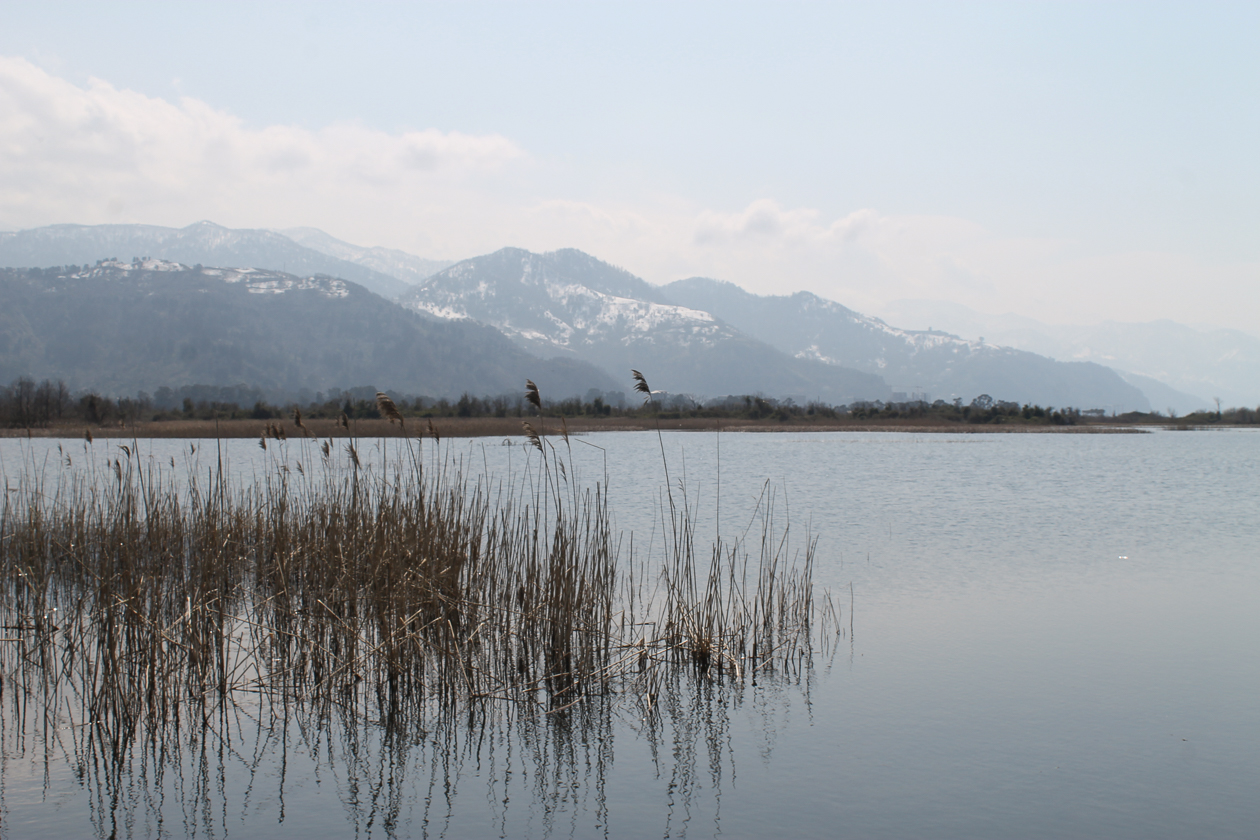 Nestled between Batumi Airport and the Black Sea resort village of Gonio, the Chorokhi Delta is a hotspot for migratory birds, a tranquil stretch of coast, a place for grazing cows and a key element of Prime Minister Irakli Garibashvili’s plan to turn Georgia into a financial hub make the “Luxembourg of the East.”

One side of the river is a former Russian weapons testing ground; the other is a modern landfill. Between rubbish and munitions, the delta’s fields and banks have essentially been left to the birds since the last Russian soldiers cleared the area in 2007. It is one of Georgia’s top birding spots with rare species such as the black-winged pratinelle and the endangered gregarious lapwing.

Zura Gurgenidze, a conservation officer with SABUKOthe local partner of Birdlife International, describes the Chorokhi Delta as “one of the most important parts of [Georgia’s] Black Sea coast”.

For many years, illegal hunting was the Delta’s greatest threat; today it is development.

Since at least 2010, authorities have planned to extend Batumi Boulevard – a pedestrian promenade lined with resorts, casinos and modern kitsch – in that direction. While those plans have yet to come to fruition, Garibashvili has in recent months tries to attract foreign investors to this stretch of coast.

However, his plan has a catch: the Chorokhi Delta is part of it Council of Europe Emerald Network of Areas of Special Conservation Interest protected by the Berne Convention, which Georgia signed in 2009. According to this agreement, the national government in Tbilisi is responsible for ensuring development there protects habitats, especially for migratory birds, and minimizes damage to wildlife. The convention also prohibits “the intentional damage or destruction of breeding or roosting sites” of certain wildlife, including 139 bird species that have been reported in the delta.

EU accession has been progressing slowly since Georgia signed an agreement Association Agreement in 2014, but the Russian invasion of Ukraine this spring sped up the timeline. Georgia official applied for membership on March 3rd. The deal, which lays the groundwork for EU integration, explicitly addresses Georgia’s environmental commitments, mentions the Emerald Network and states that Tbilisi is “committed to respecting the principles of sustainable development and protecting the environment […] including […] Implementation of multilateral international agreements.”

A comprehensive Biodiversity Bill that would give greater protection to Emerald Network sites is on the agenda of Parliament, due to be considered before the end of June.

“Because of this accelerated accession process, the EU is now demanding that this biodiversity law be implemented as soon as possible,” said Christian Gönner of the German development agency GIZ, who has been working with the government on the Emerald Network since 2013.

Without a national law, there is no enforcement mechanism to deter developers, added Gönner, an avid bird watcher and volunteer for eBird, an online database. However, he points out that the government could overcome the limitations of the Emerald Network by arguing that construction is in the national interest.

A view across one of the many ponds of the Khorokhi Delta towards the mountains of Adjara.

Garibashvili has hired financial services giant Rothschild & Co to oversee the development of the financial center and has at least met with chief executive Arielle Malard de Rothschild six times last year and on April 20 promised to implement the project “in the most efficient and effective way”. A Rothschild & Co spokesman did not address questions about how the Bern Convention might affect the work.

Garibashvili’s office, the Ministry of Economy and Sustainable Development and the Adjara Region Tourism Department did not respond to Eurasianet’s requests for comment. A spokesman for the Ministry of Environmental Protection and Agriculture said the ministry could not comment because the Delta development project has not yet been submitted for consideration.

Tamar Diasamidze, from the Ministry of Finance and Economy of Adjara, told Eurasianet that her office is finalizing an agreement with the Asian Development Bank to finance the expansion of the boulevard, including a bridge over the Khorokhi. The ADB is a major investor in another controversial projectthe Hydroelectric power station Nenskraresulting in an Emerald candidate page shrinking dramatically.

The last public offering for delta development in 2014 said 30 percent of the gonio side of the delta would remain an “untouched” recreational and birding zone. SABUKO’s Gurgenidze says this is insufficient as it leaves too little buffer for the bird population.

Death by a thousand cuts

One last afternoon a group of fishermen drove to the beach Chorokhi to set their lines. Davit Tavartkiladze, who has been fishing in the delta for a decade, dismissed Garibashvili’s plans: “Build the casinos in his house,” he said. “Batumi is full of casinos.”

“This is the place of the birds,” said another fisherman. “They are out of danger here, and if their nests are destroyed, where will they go?” 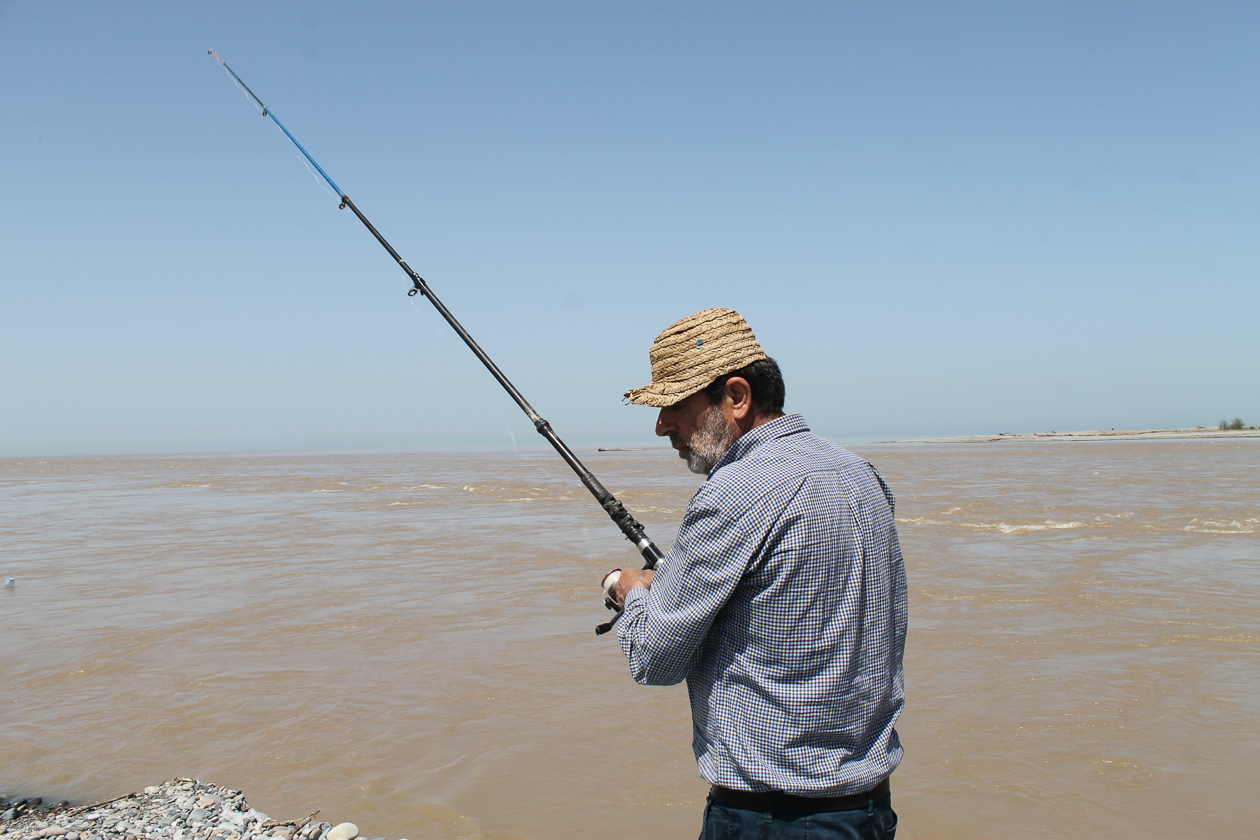 Davit Tavartkiladze from Batumi drops his line where the Chorokhi River meets the Black Sea.

While the fishermen, bird watchers and environmentalists interviewed for this story all spoke out against the development, most were also skeptical that the plans would work, citing previous efforts that have not borne fruit.

Still, Aslan Bolqvadze of the Batumi Botanical Garden says the delta and unique plant ecosystems, including fragments of the Colchian Forest, are already under attack. Visiting in April, he was surprised by the amount of human activity already visible – diggers, trees being felled and two gravel and sand pits.

At the same time, Gönner fears the sudden influx of tens of thousands from GIZ Russians and Ukrainians As a result of the war and the accompanying rise in local house prices, investors will remain hungry to build more houses in the area.

Without A concerted effort to protect the delta is under threat, he said: “When you’re so close to a major tourism destination, like Batumi is in our case, it’s probably a never-ending struggle to protect.”

Impact of Georgia’s election law debated ahead of its biggest test...