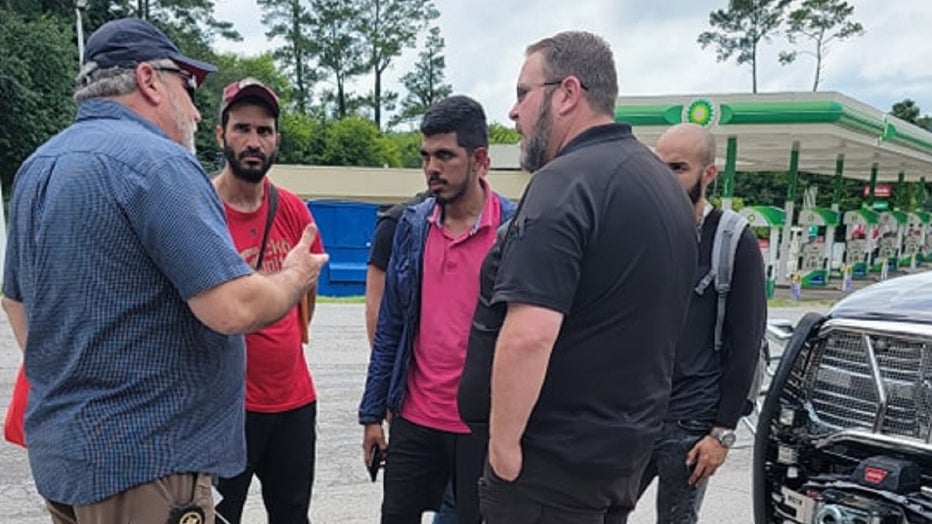 RISING FAWN, Ga. – As two states along the US southern border continue to ferry thousands of migrants to Washington, DC, concerns are growing that some of those buses are actually ending up in northwestern Georgia.

More than 7,000 migrants from Texas and Arizona have been bused in protest at President Joe Biden’s decision to repeal a pandemic-era emergency health regulation that restricted migrant entry by denying them the ability to seek asylum brought to DC. The rule remains in effect by court order.

On Thursday, Dade County Sheriff Ray Cross posted on the sheriff’s office Facebook page one such bus that is scheduled to stop in Rising Fawn, Georgia, a small town of just over 3,000 people.

“Based on Sheriff Cross’s conversation with the bus driver, it appeared that illegal immigrants were encouraged to exit the bus at this location with the impression that Chattanooga was within walking distance,” the post reads.

Rising Fawn, which is just off exit 4 of Interstate 59, is about 25 miles southwest of the city of Chattanooga. The sheriff said he was concerned about the small town’s lack of resources to help the migrants.

“Sheriff Cross immediately got a translator and established a dialogue with the illegal immigrants and the bus staff. After a brief discussion with everyone involved, the illegal immigrants opted to get back on the bus and continue their journey out of Dade County and on to Washington, DC,” the post reads. “Sheriff Cross spoke to the bus line owner and asked him to encourage his drivers not to drop off illegal immigrants in rural areas of Dade County where they don’t have resources, but preferably in a larger city where resources are more readily available.” “

“I support what Sheriff Cross has done. Dade County is a rural area and the people who got off the bus would not have had food, water or shelter if they had stayed off the bus. Dade County doesn’t have the infrastructure to offer services to individuals like that

“I support what Governor Abbott is doing. However, there was no security on the bus, only one person monitoring the people on the bus and the driver. These buses need security to ensure people get to their assigned destination Bus companies need to be better at managing that.”

Questions about whether DC can handle these migrants were questioned earlier this month after Mayor Muriel Bowser requested National Guard assistance in what she described as a “growing humanitarian crisis.” That request was denied by Secretary of Defense Lloyd Austin, who said the Federal Emergency Management Agency’s food and shelter program was adequate.

A coalition of local charity groups has been working to feed and shelter the migrants, supported by a $1 million grant from FEMA. But organizers have warned that both their resources and staff were on the verge of exhaustion.

The Associated Press contributed to this report. This story is being reported from Atlanta

Georgia probe into interference in 2020 election could lead to jail...