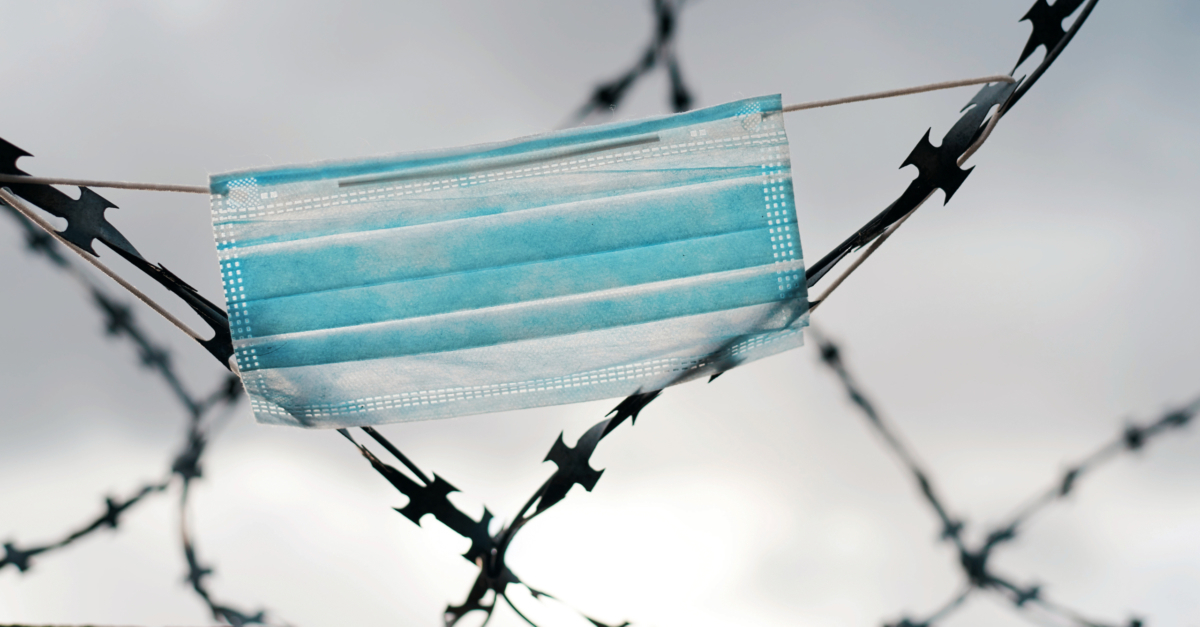 SEPTEMBER 1, 2021, Ocilla, GA—Frontline communities and advocates are looking for government records on the progress and timeline for ending ICE operations at the Irwin County Detention Center (ICDC), a Georgia immigration detention facility with a long history of harrowing abuse. Three months after ICE first announced it would end its contract with the facility, 100 people remain in ICE custody there, and others continue to be transferred to equally inhuman immigrant detention centers instead of being released to their families.

The file requests will be processed on Wednesday in accordance with the Freedom of Information Act (FOIA) by the Black Alliance for Just Immigration, Comunidad Estrella, Detention Watch Network, the Government Accountability Project, Innovation Law Lab, Migrant Equity Southeast, the National Center for Law and. submitted Economic Justice, SisterSong, Somos South Georgia, and Sur Legal Collaborative. The groups are calling on elected officials to deliver on their public promises to close the facility and sever ties with private contractor LaSalle Corrections.

The FOIA request is part of a movement to shut down the ICDC led by people previously jailed by ICE and supported by other activists and advocates. “The solution to the Irwin closure cannot be tracked by moving people to other facilities. People need to be reunited with loved ones, ”said Li An Sanchez, Executive Director of Comunidad Estrella. Through the Comunidad Estrella, Sanchez, who was previously detained at the ICDC, supports trans- and gender-inconsistent people in ICE custody. “What is needed are approvals, not transfers.”

Last fall, a whistleblower represented by the Government Accountability Project exposed reports of forced hysterectomies and other medical abuses against men and women incarcerated at the ICDC. The allegations prompted a delegation from Congress to visit the facility and condemn the alleged medical malpractice, which was funded with taxpayers’ money.

The following year grassroots organizations urged the Biden administration to keep their promise to end immigrant detention, including at the ICDC. When activists in Georgia called for the closure of ICE detention centers at a public event with President Biden in April 2021, he replied, “I agree with you … give me five more days.” In a May 2021 memo, DHS Secretary Alejandro Mayorkas ordered However, ICE to terminate contracts related to the operation of the ICDC “as soon as possible” did not disclose a public schedule.

Since then, ICDC overseer David Paulk has reportedly continued to tell staff that “the newspapers are lying” and that the ICDC will not close. Now, more than 90 days after ICE was announced, stakeholders and directly affected individuals are calling for responses.

The abuses in the ICDC are not isolated incidents, but rather part of a pattern of medical neglect and abuse in immigration prisons across the country. In the midst of the current global COVID-19 pandemic, conditions have only worsened.

“We were locked for almost 24 hours, with the exception of one hour in the yard in the early morning. The building was completely unsanitary, ”said Shannon, another woman who was incarcerated at the ICDC for almost a year, long after the allegations of medical abuse. “I spent a few months in one of the main Irwin pods, but after complaining about the conditions there, they moved us to an even worse place. This was a trailer, approximately 20’x10 ‘that could hold up to 40 women. There was no way to distance yourself and mushrooms literally grew out of the ceiling. “

After serving a prison sentence, Sara, a long-time lawful permanent resident, was transferred to the ICDC indefinitely without knowing when she would see her family again or be deported to a country she had not been to since childhood. After she was finally released from ICE custody, she wants everyone who is still incarcerated at the ICDC to have the same chance to rebuild their lives. “It meant so much to me to be home with my family again. My daughter was only 5 months old when I left – now she is in middle school! My older son was 11 and is now a grown man serving in the Navy. After all this time it was a little difficult to get back in touch, but we’re slowly rebuilding our relationship. I was finally able to get to know my grandson. We have the same birthday and I was able to be with him shortly after I was released on his second birthday. “

ICE’s penchant for continuing to cage people with previous records amounts to unfair double punishment for people who, in any event, have already paid their debts to society. “I spent eleven years in prison feeling like I had served my sentence, then I was transferred to Irwin,” said Sara. I didn’t know when I would be released and spent another 6 months in detention. I wasn’t sure what was going to happen to my immigration case, but I never expected to be stuck in what was basically another prison for so long. “

Star Community: “What is needed are approvals, not transfers. The solution to the Irwin closure cannot be tracked through the transfer of people to other facilities. People have to be reunited with their loved ones. “

We are South Georgia: “We are in solidarity with the survivors of the ICDC and those who are currently detained there. ICE operations at the ICDC must end on or before September 17, and anyone remaining there must be released and not relocated to another facility. We also call on the federal government to redistribute funds for an economic development project led by the working class of South Georgia. “

Sister Song: “No more tearing up families, be it at the border through mass imprisonment or state-sanctioned violence. No more cages. No more laws or programs telling us when or how to have children or to have families. No more talk of law and order and security when the violence and trauma inflicted on us by this government is causing chaos and death. Immigration justice is reproductive justice. And we come together to say NO MORE about the systemic racism that is wreaking unjustified havoc in our communities. The closure of this detention center and the release of the detainees is the only solution. “

Leah Lotto, Senior Staff Attorney, National Center for Law & Economic Justice: “Detention alone is a harrowing experience, but inmates at ICDC have reported practices that are common in ICE detention centers and that can constitute forced labor, such as requiring inmates to work to maintain the facility for a dollar a day . It is high time that our federal government made it transparent whether and when it makes the obvious decision for economic justice, racial justice and human dignity: to grant every person imprisoned in the ICDC their freedom. “

Ariel Prado, Co-Director of Anticarceral Legal Organizing, Innovation Law Lab: “People at the ICDC were tortured in the midst of a deadly pandemic, shockingly disguised as medical supplies. This place stays open every day, exposing people to dangerous conditions without knowing when to hang out with loved ones, if at all. ICDC survivors deserve to know when ICE will finally stop using the facility to imprison and torture people. “

Samantha Feinstein, Government Accountability Project: “Dawn Wooten, a client of the Government Accountability Project, risked everything when she spoke about dangerous conditions at the ICDC. Despite government and media interest in the dangerous conditions for workers and inmates, especially women, there have been no ramifications for LaSalle Corrections, the government contractor who runs the ICDC and several other detention centers in the United States. These delays have life and death consequences. It is time to shut down the ICDC and hold them accountable for their crimes. “