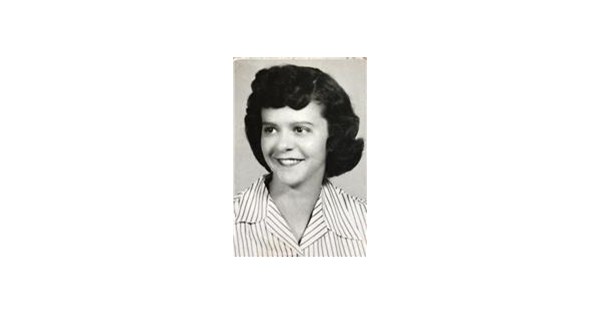 Georgia Mae Debor Schmelzer of Slippery Rock died on Sunday July 31, 2022 in the presence of her daughter and son-in-law.
She was born on April 16, 1935 in Tarentum, Allegheny County to Harold Albert Debor and Alma Keightlinger Debor. Georgia had to drop out of school after 11th grade, but received her GED from Grove City High School on March 13, 1980. She married Don Alan Schmelzer on September 3, 1955. Don’s memorial service was only celebrated last Saturday, July 30, 2022.
Georgia and Don joined the Highland Presbyterian Church when they moved to Slippery Rock in 1957. Georgia attended Sunday school classes, helped with babysitting and other projects, and served as a deacon. Her last job before retirement was church clerk for 15 years.
Georgia was a mother of many talents. When Georgia and Don first came to Slippery Rock, they worked at the A&P grocery store for several years. Don worked and went to school, and Georgia worked and had children. After the kids came, they both worked at Isaly’s, where she and Bev Barron met and traded babysitting duties so everyone could work. Ella Maxwell and Georgia also helped each other while Don attended school. They remained friends for life.
Georgia had tremendous energy and a great love and dedication to family and community. She loved helping others.
Georgia worked many jobs in the city, including border guard, clerk at GC Murphy’s, and secretary at Ken Beatty’s plumbing company. She replaced Slippery Rock High School’s cafeteria worker and answered the phones of Ligo’s funeral home and ambulances before the Slippery Rock Volunteer Rescue Team ambulances and paramedics were available. She and Don were instrumental in starting the rescue team. She became an EMT in 1976 and served more than 15 years.
Georgia liked to play sports, but didn’t get the opportunities that girls have today. She was a majorette who twirled a baton in her high school years.
Georgia loved to encourage her children and grandchildren in all kinds of sports. She helped start an all-girls Slippery Rock softball team. She rarely missed a softball, baseball, basketball, volleyball, or soccer game. She also helped out at the concession stands by offering baked goods or selling items to support the teams. She played golf, enjoyed swimming, and enjoyed fishing. She would take her children, and sometimes others, to the Slippery Rock Sportsmen’s Club several times a week to swim and fish.
She rode horses with her children for years. She loved animals and her love of horses helped her daughter get a horse at the age of 14. She rode horses well into her early 70s when she did her last trail ride when her horses got a little too playful, but she helped clean boxes and brush the horses around them.
Don taught her children to set traps and earn revenue from fur sales, and Georgia helped the children check the traps. The children went through the suspension lines every morning before school. Georgia was at the local women’s club and enjoyed attending the Red Stocking Reviews. She loved playing cards with her card club friends and, at 87, was still playing cards with her family. She loved camping and traveling, and her bags were packed in no time. When she wasn’t helping with the fire department, she was helping her friends and neighbors and always her family.
Survivors include daughter Janice (David) Hinchberger; sons, Alan and David (Deborah) Schmelzer; grandchildren, Brad (Gena) and Brooke Hinchberger and Jessica Schmelzer; step-grandchildren, Denna G., Derrek and David Dittmer; great-grandchildren, Wyatt and Lane Hinchberger, Emily Wright, Christian and Audrey Dittmer and Dominick Dittmer, all of Slippery Rock; and brother, Richard (Laurie) Debor and families.
Her parents preceded her in death; granddaughter, Erin Hinchberger in 1998; and brothers, Harold “AL” and Don.
SCHMELZER – Family of Georgia Mae Debor Schmelzer, who died Sunday, July 31, 2022, will be friends from 1:00 p.m. to Saturday’s 3:00 p.m. service at Highland Presbyterian Church at 310 Franklin St., Slippery Rock, received with the Revs. Jeff Curtis and Albert “Rusty” Stuart will chair.
A celebration of life takes place in the parish hall of the church.
Burial will be at Slippery Rock Cemetery.
Memorial donations can be made to the Slippery Rock Rescue Squad, PO Box 117, Slippery Rock, PA.
Arrangements are by SMITH FUNERAL HOME, 421 New Castle St., Slippery Rock.

A Georgia Hen City is tumbling after a plant catastrophe