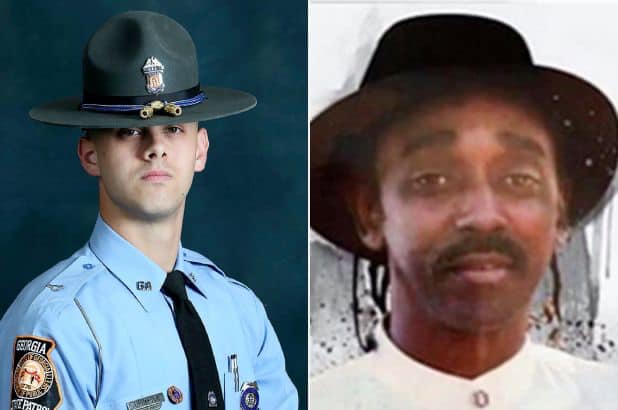 The prosecution of Jacob Thompson is currently discontinued.

60-year-old Lewis’ attorneys and family members say the grand jury ignored the evidence – and that it isn’t over yet.

“I feel like we need some justice if he takes my son away from me. He has to do some time or something, “said Lindsay Milton, Lewis’ mother.

Lewis was shot dead after a slow speed chase with Thompson saying he felt threatened at the time.

Family claims 20-year-old was attacked by a Georgia soldier

Attorney Francys Johnson, who represents Lewis’ family, said the Georgia Bureau of Investigation (GBI) found that Thompson fired his gun two seconds after leaving his patrol car. He added that a judge said there was enough evidence to bring the former soldier to justice for murder, but a grand jury was due to prosecute in Georgia.

“It was a runaway grand jury,” said Johnson. “We believe it was on a trail to flee from forces that never wanted Jacob Gordon Thompson to be prosecuted.”

The attorney alleged that prosecutors may not have been eager enough to present the case and asked them to try again.

“Empanel another grand jury and when you took an oath and made a promise to this family, you would pursue this case in full,” said Johnson. “The law gives you one more opportunity to make another presentation, and we expect you to.”

Lawyers say the family waited a year for the system to work.

“What for? Getting hit in the face like that?” Said attorney Mawuli Davis, who also represents the Lewis family.

The Screven County Grand Jury’s no-bill came after Thompson testified Monday what law enforcement and former law enforcement officials are allowed to do. The grand jury was also allowed to consider state law on what officers can do about violence or self-defense.

Meanwhile, the family says they won’t give up.

WSAV News 3 has asked Thompson’s attorney to comment on the decision but has received no response.

We have also contacted the District Attorney for the Sylvania Region to see if this case will be referred to another grand jury and are awaiting a response.