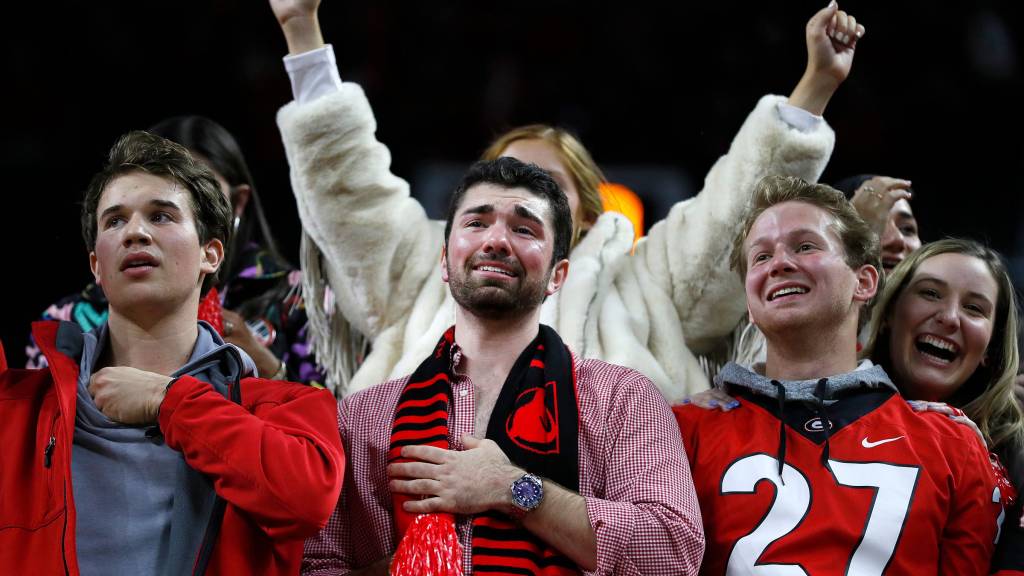 My dad was the biggest Ga fan and I watched almost every game with him! He died of cancer almost 4 years ago. The last game we watched together was the Natty 2018 when we lost to Bama which makes this win even more emotional for me. #GoDawgs pic.twitter.com/FGMaF1v9dP

My grandfather was in the first graduating class of UGA’s veterinary program. Growing up I heard stories of him taking care of UGA when Dooley was there and having to tow a drunk UGA because the players gave him beers during games. He never missed a game. Died in 2002.

Mother worked for UGA until she retired in 2003 and died in July last year. I knew she was watching from heaven when we got it home last night, but man I cried like a baby, not because she wasn’t here to witness, but from tears of joy

My best friend, Dee Dowis, and I have shared seats in Section 131, Row 41 since 1995. Dee was a College Hall of Famer, ranked 6th in Hesiman in ’89. He called me the night before we were supposed to meet in Atlanta for Kirby’s first game, died in a car accident 6 hours later. this 1 for him. best guy ever.

A man responsible for making me want to play football. A man who encouraged me not to quit if it were easy. My uncle Brad Hall. I wish he was here to celebrate with us. Georgia was his alma affair, and he was a proud alumni and player.

My mom was the BIGGEST fan. I know she partied in heaven last night. She could scream louder than anyone I know. My dad was a big Braves fan too; I can’t help but think they both pulled off something magical this year.

The cameraman offers one thing again to the Georgian movie trade