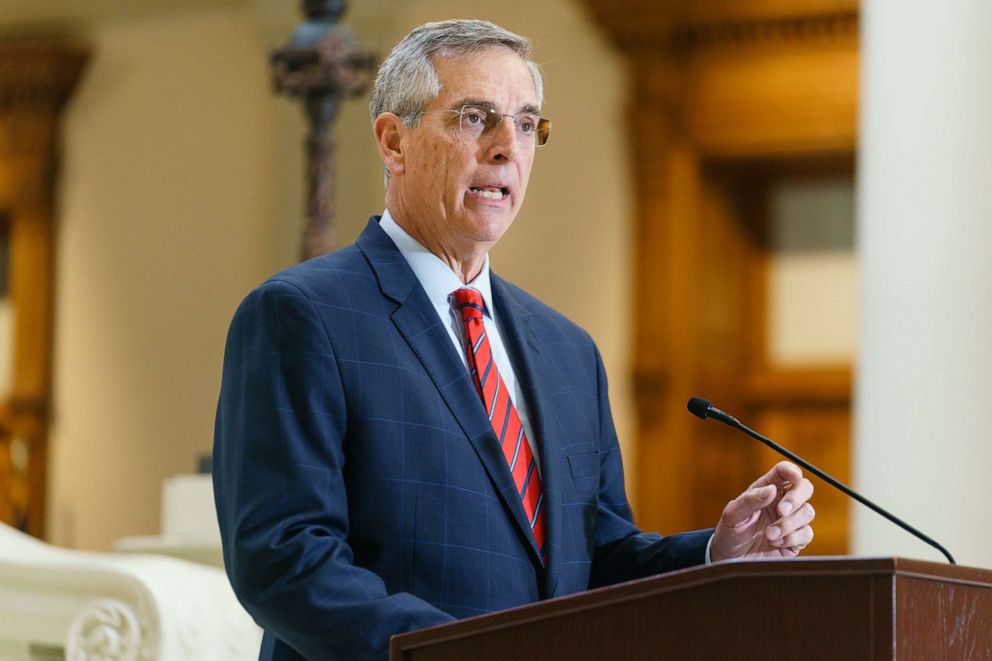 Early voting in Georgia’s Dec. 6 runoff began Tuesday in at least one of the state’s 159 counties as Democrat-led legal efforts to expand early voting options continued.

Voting certification for Monday’s general election by Secretary of State Brad Raffensperger allowed some voters to cast their ballots for Democratic incumbent Sen. Raphael Warnock or Republican nominee Herschel Walker a few days ahead of schedule.

Early voting in the runoff election could not begin until the results for the Nov. 8 general election were confirmed and the decision to allow early in-person voting was made at the county level. So far, only Douglas County in the greater Atlanta area was supposed to open polling stations on Tuesday and Wednesday. Nearby DeKalb County will open a polling station on Wednesday. Statewide, early voting must begin Nov. 28 and end Dec. 2, although counties now have the option to offer a few extra days this week.

The vote certification and the start of the runoff comes after Georgia broke all previous early election turnout numbers earlier this month. Warnock and Walker’s fight for the Senate seat ended in a runoff when neither candidate received 50% of the state’s total votes.

“Our 2022 federal election was an enormous success,” Raffensperger said after confirming the November 8 votes. “The early certification reflects this success. Georgia has struck the balance between accessibility and safety, and Georgian election administrators have worked tirelessly to get the job done. We are so grateful for their work.”

Warnock won his seat in 2021 during a runoff against former Republican Senator Kelly Loeffler. During that time, the balance of power in the Senate rested on his shoulders and those of his now Democratic fellow Senate, the then-Rep. Jon Ossoff, who was also fighting for his seat in overtime against former GOP Sen. David Perdue.

Georgia Secretary of State Brad Raffensperger addresses the media on the progress of the early voting in Atlanta on October 25, 2022.

The turnout in this election was comparable to the general election figures. Warnock declared victory after securing a majority of 4,484,954 votes in the 2021 runoff, while 4,914,361 ballots were cast in the 2020 general election.

Georgia Secretary of State spokesman Robert Sinners told ABC News in a statement Tuesday that the office expects a “strong turnout” in this election as well.

The Warnock-Walker duel will not decide who controls the US Senate, but Democrats have held their breath to secure a favorable outcome, as a 51-seat majority would make the exercise of power much easier. Republicans have also applied political pressure to win the contest, citing successes they’ve had in an evenly divided Senate.

“If Herschel wins, we will have a 50/50 Senate. OK? Now it would be better if we were at 51, 52, 53, but if he wins we can block some bad legislation because it takes 51 plus to get those things done,” said Sen. Rick Scott, R-Fla., when he stumbled for Walker in Augusta last week.

A Georgia appeals court on Monday issued a lower court order allowing counties to vote Saturday after Thanksgiving for the upcoming runoff, which was brought up by Warnock’s campaign and other Democrats. On Tuesday, national and statewide Republicans filed a summary motion in the Georgia Supreme Court to block Saturday’s vote. 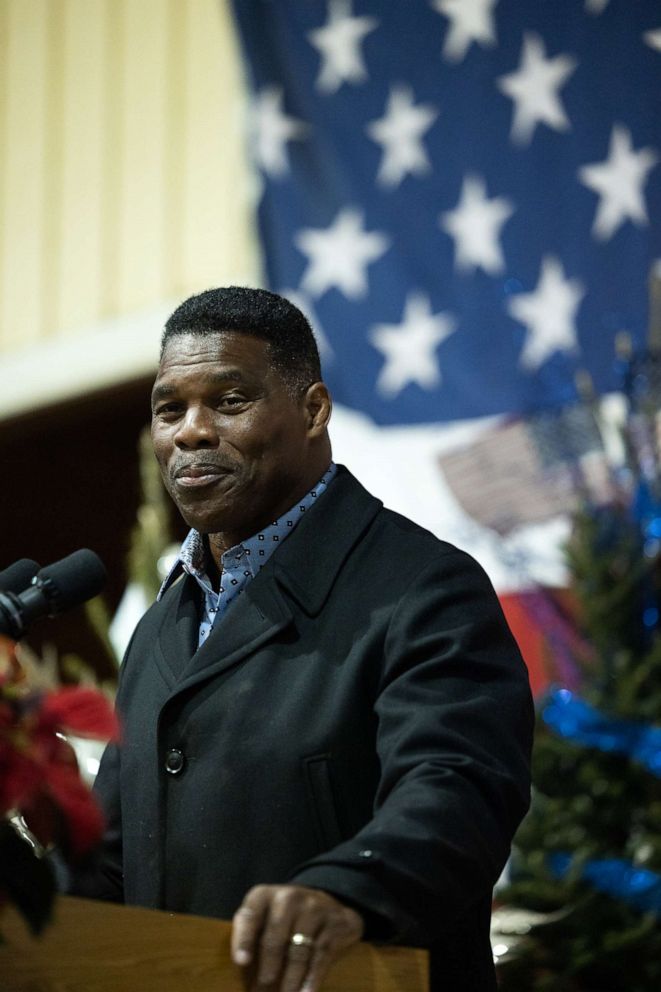 For his part, Walker has made comments in recent weeks that he was unsure whether early voting was even allowed during the runoff, suggesting that the process should be kept on the shorter side.

“You have a day? Two days? A week! A week? We should shorten it from a week. Well, if they give you a week, take this week and do that. You have to go out and vote,” he said recently during a campaign event when he was told there would be a vote before the runoff.

Earlier this month, Raffensperger told county election officials that early voting could not continue on the Saturday after Thanksgiving because state law says it’s illegal on a Saturday if the preceding Thursday or Friday is a holiday.

Warnock’s campaign, the Democratic Party of Georgia and the Democratic Senatorial Campaign Committee, sued the state of Georgia earlier this month, arguing that Raffensperger is “misinterpreting” and “cherry-picking” the state’s election law and that the state’s ban on opening polling stations after a holiday applies to general elections and primaries, not runoff elections. 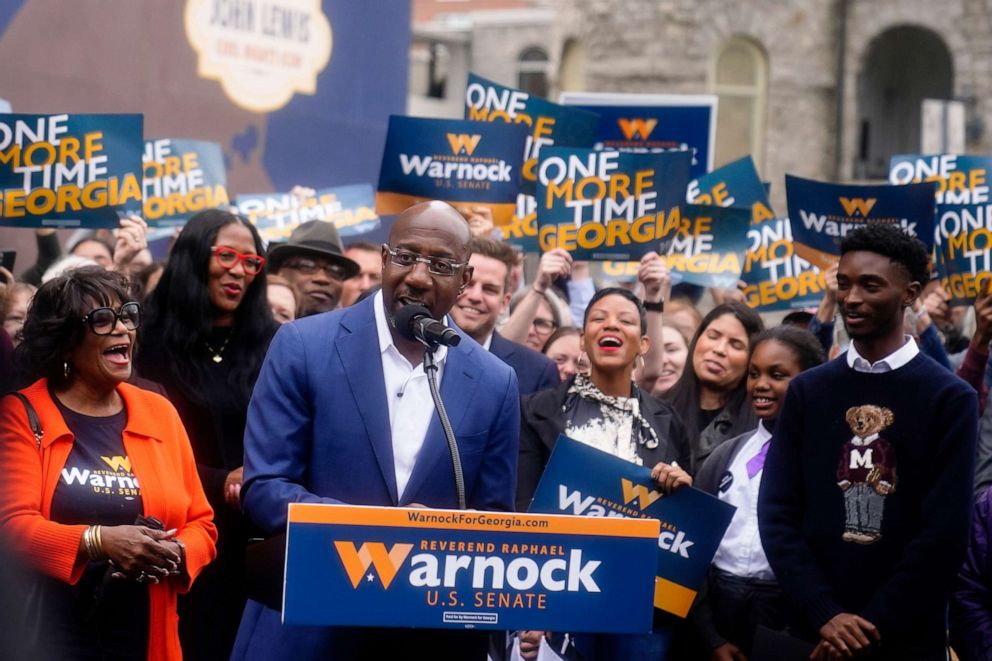 On Monday, a Georgia appeals court denied a state request to stay a lower court’s decision that state law allows an early vote that day.

The appeal comes as a growing list of counties have begun offering that date for voters – over 18 have announced they will offer early voting on Saturday, November 26.

Now that voting for the contest has begun, national star power has also begun planning campaign events for their respective candidates.

On December 1, former President Barack Obama will return to Atlanta to campaign for Warnock and encourage Georgians to cast their ballots in the final days of early in-person voting.

Obama also arrived in Georgia in the final days before the Nov. 8 general election race, which the Warnock campaign said large swarms of rally-goers had signed up to attend door-knock shifts.

Warnock has not committed to bringing down President Joe Biden to boost his race, noting he doesn’t have “that much time” in the race to bring down the current Democratic flag-bearer.

“We’ll see, we don’t have that much time,” he said at a campaign event last week. “We’ll see who shows up.”

Walker did not answer questions from ABC News about whether his party’s former leader Donald Trump would be asked to campaign for him, while other GOP surrogates such as South Carolina’s Sen. Lindsey Graham, Texas’ Sen. Ted Cruz and The recently Re-elected Governor Brian Kemp has jumped on the trail on his behalf.

National and state Republican officials have warned that a Trump 2024 announcement could turn Herschel Walker’s chances in the runoff upside down. However, during Trump’s 2024 presidential announcement last week, he explicitly expressed his support for Walker.

“We all have to work very hard for a gentleman and a great person named Herschel Walker, a fabulous person who loves our country and will be a great United States Senator,” Trump said.

Just days after those comments, Warnock — who has sought to shine a light on his rival’s closeness to the former president, particularly after Trump-backed candidates suffered a series of midterm losses during the general election — published an advert that paired those comments with photographs of the president two of them were broadcast together. At the end of the 30-second ad, a message will appear: “Stop Donald Trump. Stop Herschel Walker.”

Georgia Nurse Sentenced to Jail, Ordered to Pay More Than $1.6...