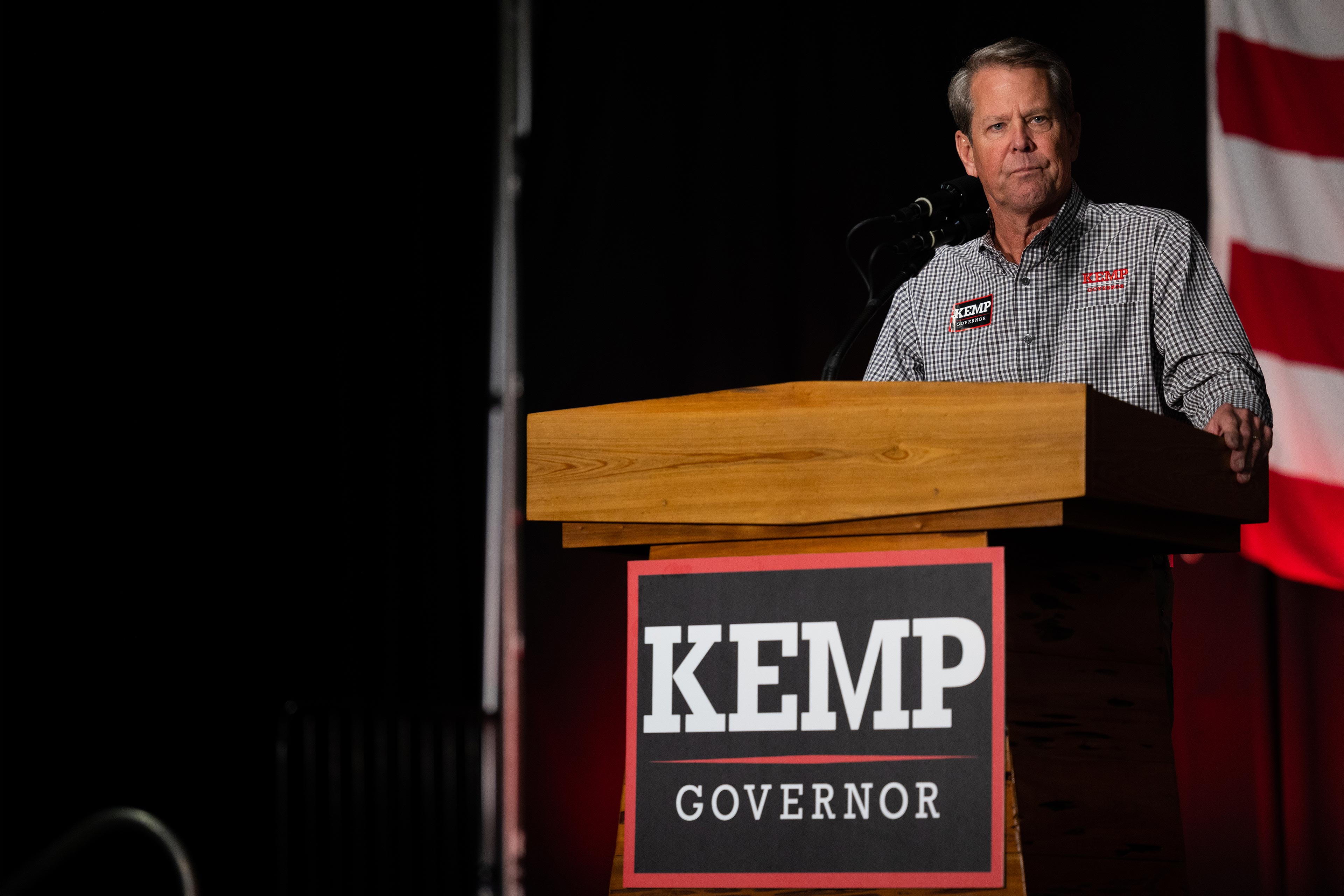 Georgia is set to become the only state that has employment requirements for Medicaid coverage.

The re-election of Republican Gov. Brian Kemp — and a surprise decision by the Biden administration not to appeal a federal court ruling — have freed the state to implement its plan, which would allow for a limited increase in the pool of low-income residents eligible for have Medicaid.

Questions remain about the implementation of Kemp’s plan. But it would set up Georgia as a test case for a labor provision that has been proposed by several states and struck down in federal courts and by the Biden administration.

Meanwhile, stakeholders are concerned about barriers to obtaining and maintaining coverage. They also point out that the Kemp plan would be more expensive per participant and would cover a fraction of the people who would receive Medicaid as part of a full expansion. The new Georgia selection program would require at least 80 hours of work or volunteer time per month.

“In the best-case scenario, some uninsured Georgians would be insured for some time,” said Laura Colbert, executive director of consumer advocacy group Georgians for a Healthy Future. “It’s going to be a huge headache for the state and people who are enrolling or trying to enroll.”

The Trump administration approved Medicaid work requirements for Georgia and 12 other states. Georgia received approval under a “waiver,” or federal permit, that allows states to run programs that deviate from the standard rules for Medicaid, the state insurance that covers the poor and disabled.

But the Biden White House rejected the Georgia plan.

In August, however, a federal judge in Georgia ruled that the Biden administration had exceeded its powers, paving the way for the Kemp plan to proceed. The federal government let the 60-day appeal window pass without taking a step.

The reasons for the White House’s decision not to appeal the court decision remain unclear. A spokesman for the Centers for Medicare & Medicaid Services, Bruce Alexander, said, “CMS generally does not comment on litigation.”

CMS’s reluctance to appeal could have something to do with where the case would go next, said Leonardo Cuello, a research professor at the Center for Children and Families at Georgetown University’s McCourt School of Public Policy. If appealed, the case would go to a conservative federal court, which could endorse the lower court’s decision — and establish it as a stronger precedent.

“The decision not to appeal may have been based on fears that the appeal finding would be upheld, since most appellate judges in the 11th Circuit were Republican-appointed,” he said.

Officials in the Biden administration could also wait for the plan to be implemented before intervening, said Catherine McKee, a senior attorney with the National Health Law Program, a nonprofit advocacy program. Federal health officials “could let the state go ahead and monitor and take action in the future,” she said.

Kemp’s office did not respond to KHN’s requests for comment on the status of the plan, but the governor celebrated the August federal court ruling in a series of tweets.

“Despite efforts by the left to reclaim good politics for partisan politics, the judiciary this week … ruled that the Biden administrator erred in striking down our innovative waiver of health care that would better serve Georgians as a unified extension of Medicaid,” the tweets said.

The Georgia Department of Community Health, which oversees the state’s Medicaid program, declined an interview to answer questions about the work requirement plan.

But the agency recently published two pages on its website about the Georgia Pathways program: one with information on how to enroll, the other with details of the plan’s requirements. Both sides were removed after KHN asked the agency about it.

“Pathways isn’t live yet, so the links have been disabled to avoid confusion,” said Fiona Roberts, a spokeswoman for the agency.

Medicaid employment requirements have a short history of implementation at the national level.

The only state to implement a full-fledged job requirement program was Arkansas, which introduced the rule in 2018. This resulted in about 18,000 people losing Medicaid protection. A federal court stayed the requirement the next year.

Kemp’s victory over Democrat Stacey Abrams in this month’s midterm elections also hampered — at least for now — the Georgia Democrats’ long-standing push for a full Medicaid expansion, which is expected to cover an estimated 450,000, versus about 50,000 under the Kemp plan. On Nov. 8, South Dakota voters approved a ballot measure for a full expansion that would cover more than 40,000 additional people in that state.

Georgia’s cost per participant for the work-requirement program is expected to be at least three times higher than a regular Medicaid extension, Colbert said.

With a full expansion, the federal government would have assumed at least 90 percent of the costs of insuring hundreds of thousands of Georgians. That compares to the Feds’ expected 67% matching rate under the leaner Kemp plan. And that difference doesn’t explain the Biden administration’s incentive for expansion, which one KFF estimate would bring Georgia $710 million.

The administrative obstacles to the Kemp work plan would be significant, say consumer advocates. Full-time workers, people with mental illnesses or substance use disorders, and people who can’t work but haven’t yet qualified for disability insurance would have a hard time qualifying, Colbert said.

Other challenges could include a lack of transportation, making it difficult for participants to get to work, and for potential participants, limited access to computers to register.

In addition to volunteering, other qualifying activities for coverage in the Kemp Plan include education and vocational training.

Many people struggling with homelessness in Georgia would likely not meet the thresholds to work or volunteer, said Kathryn Lawler, CEO of Saint Joseph’s Health System, an Atlanta-based nonprofit. Sixty percent of patients at Mercy Care Community health centers are homeless, she said. Expanded Medicaid coverage would allow patients to afford health care, treat chronic conditions and reduce the stress of medical bills, she said.

People who need medical care are often too ill to go to work, Lawler said, adding that a single mother with three young children might be considered ineligible. Fully expanding Medicaid through increased payments to providers would ultimately allow Mercy Care to serve more people in need, she said.

CMS’s decision not to appeal “was a little surprising,” Colbert said, but added that another unfavorable court ruling could pose a risk to other states’ Medicaid programs because it paves the way for other job requirements.

The CMS’s inaction could inspire similar bids for job requirements in other GOP-led states, McKee said.

The Georgia plan, meanwhile, would likely not begin until the end of the Covid-19 public health emergency that has kept many Medicaid enrollments uninterrupted during the pandemic, and is expected to continue through early next year.

Giuliani ordered to testify in Georgia over criminal investigation into 2020...