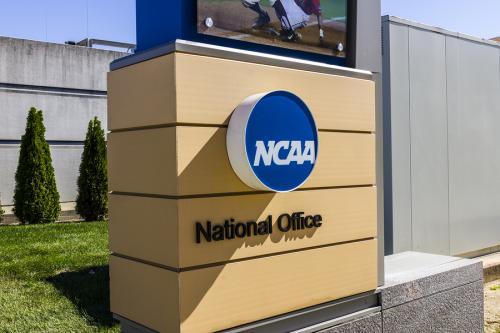 In early May, Georgia Governor Brian Kemp signed House Bill 617 on the Names, Images and Likeness Act (NIL). Georgia law, which governs the compensation student athletes can receive for commercializing their NIL, goes into effect at the same time as the laws passed by several other states on July 1, but includes some specifics that others have not yet passed States have been adopted. The new Georgia law gives colleges and universities the ability to require (or allow?) Their undergraduate athletes to share up to 75% of the compensation related to the use of their NIL – such compensation would be sponsorship, endorsements , Social media marketing include revenue and more. Such a model had previously been proposed by Senator Corey Booker and other federal congressional officials. An additional aspect of Georgia law is that during the first and third years of student-athlete on campus, colleges can require up to 5 hours of required financial and life skills to be used in areas such as budgeting, debt, financial aid, and so on. This aspect of the bill, which focuses on a holistic commitment to the thriving of student athletes by equipping them with knowledge for today’s marketplace and for life after sports, has been celebrated by many.

It is at the discretion of each Georgia school whether or not to enter into any type of revenue sharing agreement. However, if such an arrangement is made, it will take the form of an escrow account or pool of funds, with the school’s sports director being the custodian of such an account. Student Athletes are eligible for amounts from the Shared Pool starting one year after the student graduates or left school for a pro-rata portion of the Funded Contributions based on the number of months the individual has been at the school as a Student Athlete.

What impact could this have on the high-stakes world of college football and basketball recruiting? Schools clearly need to consider the potential recruitment impact that a pooling arrangement foreseen in the draft law may have. If star recruits – who would presumably cede revenue from their NIL to other athletes who were unable to generate that much NIL revenue in a pooling arrangement – or faced the prospect of attending another school, when this was not the case, then the potential economic impact and impact on the recruiting landscape could be significant to these highly touted prospects. In such a competitive environment, the University of Georgia and Georgia Tech – the two most important teams in the college football world potentially affected by this bill to date – have recently announced that neither plan to introduce such a revenue-sharing model, which is hardly surprising given the negative job interviews this would allow against the schools.

Since the unique aspects of this bill are not mandatory, it will be interesting to see how things play out as Georgia schools assess how they plan to incorporate the components of HB 617 into their respective NIL regulations. Stay tuned for future blog updates on NIL legislation, including an upcoming look at proposed federal laws that would allow student athletes to unionize.