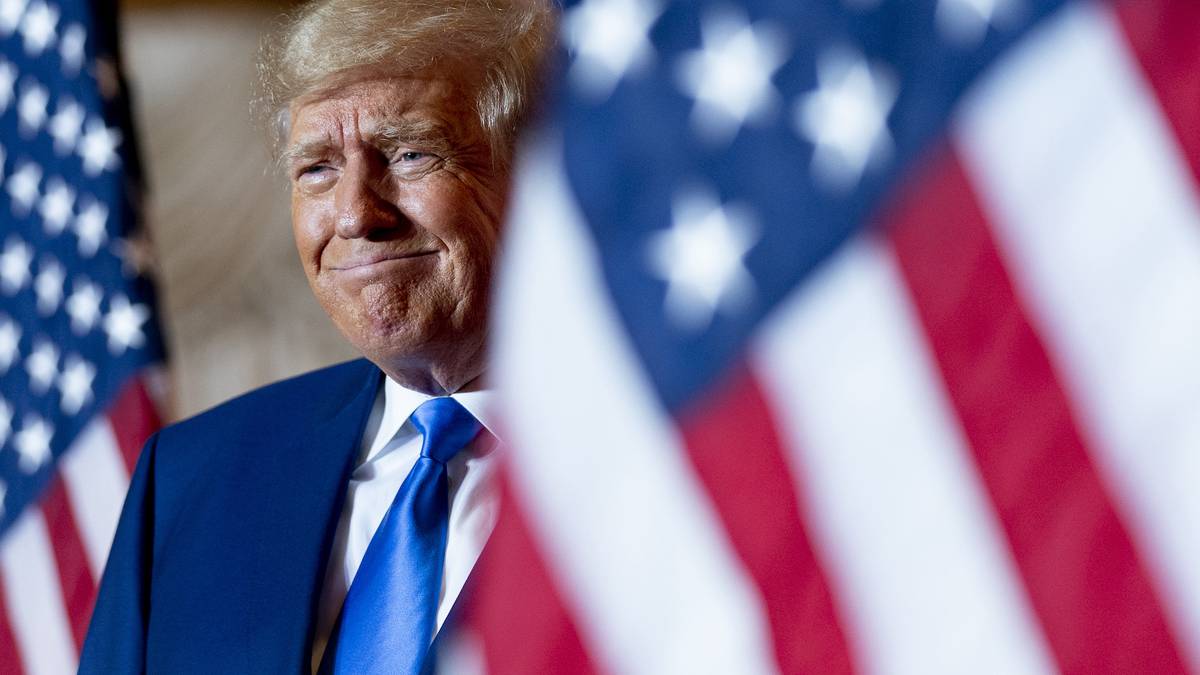 Ex-President Donald Trump has been accused of diverting attention from the candidates he supports. Photo / AP

Donald Trump is “toxic” and must stay away from an upcoming crucial battle that could decide who controls the US Senate.

That’s the opinion of an unnamed aide to the former president following an unexpectedly weak performance by the Republican Party in this week’s midterm elections.

Two days after the election, it is still unclear which party will control one of the chambers of Congress.

Many in the Republican Party have blamed at least some of the blame on Trump, who endorsed dozens of divisive candidates and steered away from issues that may have drained Democrats of votes.

Trump has shown no sign of slowing down, hinting that he could announce a presidential bid as early as next Tuesday.

Control of the Senate is at stake, with three states yet to be appointed.

Anything could end up in Georgia.

Neither the Democrat’s Raphael Warnock nor the Republican’s Herschel Walker, who was backed by Trump, received more than 50 percent of the vote in the state Senate race. A head-to-head runoff between the two men will now take place on December 6th.

According to US NBC News, Republican activists want Trump to delay any announcement of a presidential candidacy until after the Georgia race, fearing it could divert attention from the election. They also want Trump to stay as far away from the state as possible.

“Our entire focus as a party should be on winning the Senate, and the best way to do that is by focusing on Georgia and President Biden,” a Trump source told the network.

“By making the political moment about his presidential campaign, he only creates problems: stories about whether Trump will run with Herschel, things about how Trump is toxic to many Georgia voters,” they said.

Trump could “ruin” the runoff.

Radio host Erick Erickson, who is close to Georgia Gov. Brian Kemp, has also urged Trump to stay out of the upcoming race.

Erickson said he received emails from listeners asking how the campaign could ensure Trump didn’t come to Walker’s rallies.

“If they can keep Trump off the radar, maybe they can get Walker across the finish line. If Trump shows up to help, it will ruin everything.”

While it’s not clear if Biden will run for the Democrats’ Warnock, he’s also unpopular in the Peach State.

Kate Bedingfield, White House communications director, told CNN, “The President will do whatever it takes to help Senator Warnock.”

After the Republicans’ unspectacular results in the midterm elections, Trump’s influence on the party came under increasing scrutiny.

This week, Biden held a press conference to discuss the interim results.

He was surprisingly lively for the flagship of the party that is almost certain to lose control of the House of Representatives and possibly the Senate as well.

“I think it was a good day for democracy,” he said.

That’s probably because the ruling party has historically been expected to do very poorly in the midterm elections. It’s a chance for voters to beat the party in power for any grumbling they might have.

Still, Biden could finish with the best midterm performance by a first-term president in about 20 years.

And many in the Democratic Party thank Trump for that.

Trump managed to turn attention away from Democrat concerns, Biden’s relative unpopularity and the economy to himself.

He did not stand for election himself, but held huge rallies in the months leading up to the midterms focused on a possible presidential bid in 2024. Even when he appeared at the rallies of the candidates, he conquered the stage and the limelight.

In the run-up to the Midterms, news.com.au visited cities in Florida outside of the big cities. These were the places where Christian conservative Trump supporters lived.

Numerous voters said they liked Trump, they thought he did a good job. But they were also tired of him, his whining, his scandals and focusing on himself.

“Trump is always about Trump,” said one.

Concerns that backfired for voters

In key states, the economy wasn’t even the biggest issue for voters, despite rising prices.

It was abortion – or the imminent lack of it. And real concerns remained about the fragility of the US democratic process.

Trump is at the center of both issues.

Many of the more than 300 candidates that Trump either half or fully endorsed supported his unproven claims that the 2020 election was rigged.

For a large number of voters, the prospect of blaming voters for the elections was unappealing

On the issue of abortion, it was Trump’s appointment to the Supreme Court that gave conservative judges the majority needed to abolish women’s constitutional right to abortion.

Trump’s base was delighted with the court’s decision earlier this year. They had desired this result for decades.

Extreme opponents of abortion demanded that even women who were raped or whose lives were in danger if they became pregnant should be forced to give birth. There have been calls for a nationwide ban on abortions.

However, most Americans do not share this view. Almost 70 percent oppose the Supreme Court decision. Even among Republicans, around 40 percent of voters are pro-abortion.

Abortion prompted women to register to vote. And a good portion of them voted Democrats.

In major swing states like Pennsylvania, abortion was the number one problem.

Trump backed candidate Mehmet Oz, who wanted to become a senator, and said decisions about abortions should be made between the woman, her doctor and “local political leaders.” He lost the race with many concerned that local politicians should have a say over their bodies.

In the conservative states of Kansas, Kentucky and Montana, voters have been urged to enact stricter new abortion measures into law. They refused.

“The defeat of the amendment in Kentucky is another indication that there are limits to anti-abortion policies even in conservative states,” Spencer Kimball wrote on NBC News.

Trump’s candidates did well in a few areas. Election denier JD Vance triumphed in Ohio, conspiracy theorist Marjorie Taylor Green is back in Congress, and Arizona’s Kari Lake and Georgia’s Walker may yet prevail.

But this wasn’t the Congressional Trump tsunami he had hoped for to boost his presidential ambitions.

Trump acknowledged the results were “a bit disappointing” but spoke of the fact that more than 200 of the candidates he supported had prevailed. However, many of them sought election to minor government positions.

The Republican leadership is now in a bind.

Trump’s star has been waning for a while – hence he lost the 2020 election.

But he still has an impact on a large number of the party’s most enthusiastic supporters.

The party really wants other Republicans to shine. People like Florida Gov. Ron DeSantis, whom the New York Post memorably dubbed the party’s “DeFuture” the day after the election.

They want to be able to talk about topics such as the economy, education and immigration.

Instead, they fear that too often all voters see Trump repeat allegations of voter fraud and insult fellow Republicans.

Biden chuckled when asked if he thought Trump or DeSantis would make a more formidable opponent.

“It will be fun to watch them compete against each other.”

Democrats will hope Trump is stubborn and will announce both a presidential bid and a campaign with Walker in Georgia.

All of these lingering distractions may just be the ploy to give Democrats a Senate majority.

Estonia, France, Eire and others on Georgia – Safety Council media...